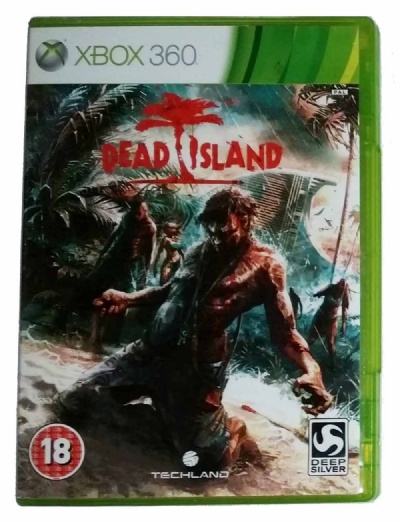 The fictional island Banoi, near Papua New Guinea, Oceania, is a lush environment filled with beaches, jungle and mountains, but also modern buildings that make it a paradise resort. After a heavy night of partying and drinking, the protagonist wakes up to a nightmare. The island has been overrun by zombies, slowly turning more and more humans to their side. The protagonist, however, appears to have a certain immunity against that. The remaining survivors scattered around the island have retreated into different outposts where they try to hold the fort. The protagonist goal is, above all, to stay alive, help defend the people on the island against the zombie onslaught, and eventually find a way to get off the island.

Dead Island is a first-person horror-themed action game with strong RPG elements. The game offers a large amount of free-roaming gameplay. The large island can generally be explored in any direction, with a few sections where the player is warned that the playable area is about to be left. Gameplay and progress is largely quest-driven. Survivors offer rewards for locating missing family members and scavenging items, but also trivial tasks such as returning a teddy bear. There are main quests that further the overall story divided in different chapters, as well as many optional sidequests. The island can be explored on foot or by driving a vehicle. The gameplay is violent and action-focused. Even though many encounters can be avoided by outrunning zombies, the player is always encouraged to take on the opposition.

There are four different characters to choose from: Purna, Logan, Sam B and Xian. They have different starting parameters and a specialization such as blunt weapons, sharp weapons, firearms or throwing weapons. By completing quests and defeating zombies, experience points are gained. These are used in an RPG-like level-up system where the player can spend skill points in three different ability trees. These involve combat and survival skills, but also a special Fury category - an ability tied to a specific character. Fury is usually a special attack that can be used when a bar is filled up by defeating enemies. As most of the environment can be explored freely, a level scaling system is used, similar to The Elder Scrolls IV: Oblivion. When the player character levels up, opponents become stronger as well and new weapons found or bought have a similar level. This causes the game to have a constant difficulty, without areas to backtrack and defeat weaker opponents. Areas are also never cleared permanently; enemies and items generally return when a section is revisited.

There is a large variety of weapons bought or found in the environment, ranging from baseball bats to wrenches, guns, knives, crowbars and molotov cocktails. Weapons however degrade quickly and if the player wants to hold on to them, they have to be repaired regularly at a workbench in exchange for cash. At that location weapons can also be upgraded. By discovering blueprints, special enhancements are unlocked to modify weapons. It is possible to add nails to a baseball bat for instance, or electrify and add fire to weapons. Regular fists can also be used, as well as a kick to push back the zombies or to knock them down. Targeting specific areas such as the neck provides more damage and by focusing on certain limbs they can be severed to slow down opponents or render them immobile. Attacking and running drains stamina and this is restored over time, unlike health that requires energy drinks or medikits. The player is encouraged to explore the environment and buildings for loot. This provides cash as well as specific items that can be sold or are required to modify the weapons. Attacking with melee weapons requires good timing to land the attacks and avoid incoming blows. When defeated, the player character respawns nearby but with a cash penalty and sometimes the loss of a weapon. There are merchants where items can be bought or sold. There are also rare, unique and legendary weapons in the game. It is possible to pick up items to throw them or shoot objects in the environment to cause explosions or fires.

Most of the navigation is done through a map where quest goals and important locations are marked, as well as a path. It is also possible to quick travel between hubs when they are discovered. Most of the characters can be talked to. The game offers cooperative gameplay for up to four players, both offline and online.