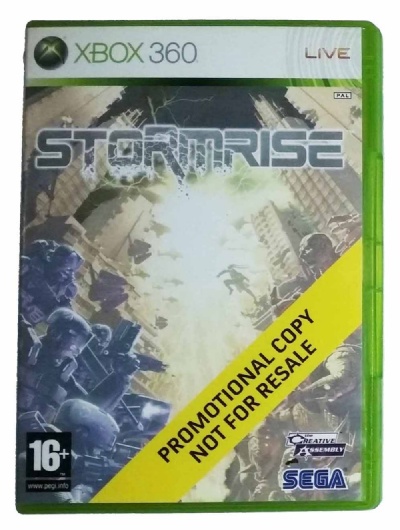 The best scientists of the world thought they had found the ultimate solution to Global Warming: Building an artificial force field around the planet to help the rapidly decreasing atmosphere and guarantee the survival of mankind. It took more than 22 years to build but in the end it was acclaimed all around the world as the one symbol for hope and the ultimate proof that mankind can do anything. Well at least until they found the flaw in their perfect plan: Nature's ability to adapt.

Only known as the Happening, storms began to appear all over the planet. Stronger than anything mankind had ever seen they brought destruction and death upon the world. Whole cities where destroyed in just a few days and no end in sight. With no way to escape, the building of gigantic underground cryogenic sleep caverns began. Of course these caverns could only hold a privileged few and the rest was damned to stay on the surface, some starving to death, others going mad or killing each other.

But not everyone died. Many adapted, using everything that was left from the storm and over the centuries transformed into the Sai, humans that are one with nature. Meanwhile, deep down under the surface, the Echelon awaken from their sleep with the goal to reclaim their old planet.

Stormrise is a real-time strategy game without base building and a unique point of view. Similar to Tom Clancy's EndWar the camera always follows a squad. But instead of using voice commands to switch between everyone, a technology called "Whip Select" comes into play. Holding a specific button down brings up a beam. Moving the beam over the symbol of one of the squads and letting go then changes the camera position to that squad and then allowing the player to order that unit around with the help of the 3D-target cursor.

Instead of building a base and producing units there, the player starts with a pre-defined group of units in single player lead by Echelon-Commander Geary and a warp gate in multiplayer. Both modes also feature control points that automatically collect energy once captured. This energy is needed to call in reinforcements, upgrade units or outfit the control point with turrets, shields and such in three stages. It is even possible to create a second warp gate at the control point allowing the player to call reinforcements in closer to the front line.

Either at the start or after upgrading them, most of the nine available units on each side get access to alternate weapons like flame throwers and additional offensive and defensive tactics. The player can change the current load-out of a unit at any time with the help of a circular menu that shows up after a button press.