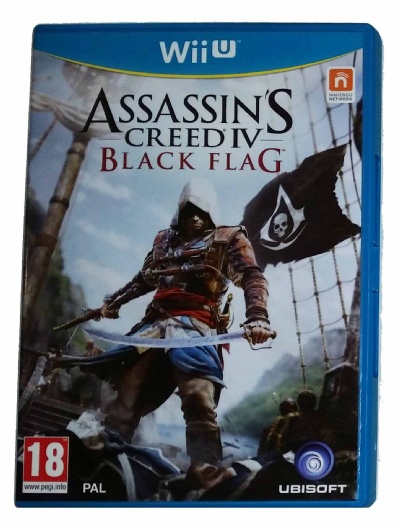 Assassin's Creed IV: Black Flag, the sixth game in the the Assassin's Creed series brings a new protagonist to the series: Edward Kenway, a privateer-turned-pirate and eventual recruit into the Assassins order, as well as a present day character with access to Kenway's memories.

During the present day, Abstergo Industries hire an unnamed character with the genetic memories of Kenway, so he can unwittingly help them find The Observatory, a device which will allow them to sift through the memories of anyone whose blood they have.

To find it, they must go through the memories of Edward Kenway, a pirate who operated during the Golden Age of Piracy, during the 18th century. As a result, players will be able to sail Kenway's boat, The Jackdaw. They can visit the cities of Havana, Kingston, and Nassau in the Bahamas, which reside under the control of the Spanish, the British and pirates respectively.

In keeping with the fact that players now control a pirate ship for the first time in the series, they will be able to use the upgradable Jackdaw to engage other ships in combat, as well as board and capture them. In addition, Kenway will also encounter other pirates of time, including Blackbeard and Calico Jack Rackham.