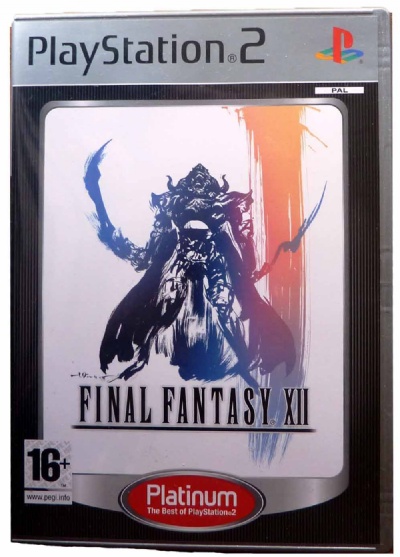 Two powerful empires, Archadia and Rozaria, are at war. All they care for is victory over the opponent. In order to achieve it more quickly, Archadia invades the small kingdom of Dalmasca. The young prince of Dalmasca falls in battle shortly after his marriage to the beautiful princess Ashe. The king is murdered under mysterious circumstances just before signing a peace treaty with Archadia. The iron rule of the empire is established in the small country.The player takes control of a young thief named Vaan who lives in Rabanastre, the capital city of Dalmasca. Through a series of events Vaan finds himself involved in the political struggle, hoping to avenge the death of his treacherously murdered brother.Final Fantasy XII is set in Ivalice, a fantasy world which also served as a setting for Final Fantasy Tactics. The game differs from its predecessors in several core gameplay-related aspects. The game world is composed of vast areas with visibly walking enemies. There are no separate battle screens in the game; combat takes place in the same environment as exploration. Player-controlled characters can freely move during combat. Actions are still selected by choosing commands from a pop-up menu, and each character has a traditional ATB bar that determines when he or she may act; however, overall the combat resembles the "real-time with pause" system of Western role-playing games such as Knights of the Old Republic.The player can issue specific commands to the party members, or assign to them combat strategies (called "gambits" in the game). New magic, abilities, and equipment are bought from stores or found in containers in the world. Before a character can use any of these, the player has to buy a corresponding license by spending license points earned in combat. These act like skill points, and can be allocated by the player manually on the character's license board. In addition to the enemies and bosses found by following the story, the player can also accept "Hunts" posted in bars or offered to the player in conversations. These are optional encounters where the player has to track down and either trap or lure a very powerful monster before defeating it.