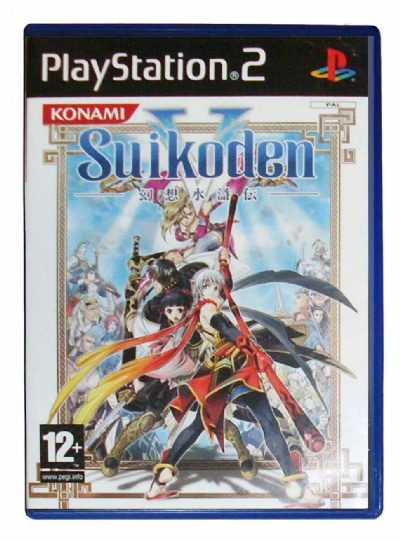 The Queendom of Falena is a prosperous country ruled by Queen Arshtat. The Sun Rune, one of the legendary twenty-seven True Runes, is said to protect Falena from all danger, working in conjunction with the Twilight Rune and the Dawn Rune. Recently, the inhabitants of the town of Lordlake rebelled against the queen's rule. In order to put an end to the rebellion, the queen used the power of the Sun Rune, killing Lordlake's leader and turning the town's environment into a barren, scorched wasteland. Using the rune also rendered the formerly kind and benevolent queen mentally unstable.

Meanwhile, the traditional Sacred Games are being held. The champion has the right to claim the hand of Lymsleia, the princess and the future queen of Falena. Two powerful nobility factions are trying to gain the upper hand in the championship through intrigues and manipulation. Eventually, one of them orchestrates an assault on the royal castle, capturing the princess and taking control of the country. Arshtat's son and Lymsleia's older brother, the prince of Falena, manages to escape along with a few allies. The prince must secure the help of other factions and nations, build an army, and liberate his homeland.

Suikoden V is, chronologically, a remote sequel to Suikoden IV and a close prequel to the first game, set eight years before it. Traditional elements of the series - the ability to recruit 108 characters to help the hero on his quest, maintaining an own castle, the rune-based magic system (limited casting of spells instead of magic points) - are all present in this installment. Like in the first two games, the player manages an active party of individually controlled six characters, with four others acting as backup. Party formation plays an important role now, as the party receives bonuses by using different placements and tactics. Characters can execute combo attacks, which vary depending on the members currently participating in the battle. The skill system from the third game is back: characters can learn various passive abilities which increase their parameters and improve combat behavior.

The duel battles are timed in this installment, the player having to quickly select an attack type before the opponent executes his or hers. Turn-based tactical army combat from the previous entries has been replaced by real-time strategy battles. The player navigates various types of units on land or sea; the unit types relate to each other in a "rock-paper-scissors" fashion, each type being strong and weak against two others.